Save 10% off any order over $30. Discount automatically applied at checkout

Every sweet has its history. Most sweets are also associated with specific holidays and are gifted more frequently at different times of the year. Scottish shortbread is almost always thought of as a Christmas bread, but at Vermont Harvest, we bake this treat all year round to share with our customers.

Scottish shortbread is a sweet of unique tradition. Here we share a few of those with you. 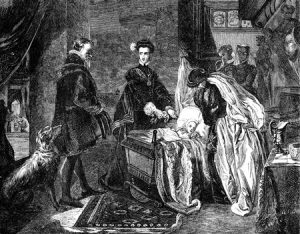 Shortbread began its life as leftover biscuit bread; during the 12th century, British bakers would sweeten and dry the dough in ovens as a resourceful move. Butter was considered a luxury in those days, and so bakers quickly found that substituting it for leavening made the bread even sweeter and more enjoyable. It was very soon considered a refined, fancy food of the elite, bought for special celebrations such as Hogsmanay, the Scottish New Year.

In the islands that lie northeast of the United Kingdom and forming a part of Scotland, shortbread was broken over the head of a recently-married bride before she entered her new home as a token of good luck. This was an old wedding ritual that many people practiced.

From Petticoat Tails cut into triangular pieces and consumed by the English Queen to its unique flavoring in recipes taught on the Food Network, Scottish shortbread’s flagship status in popular culture is so expansive that an international holiday was dedicated to its celebration. International Shortbread Day is celebrated on January 6th of each year.

At Vermont Harvest, we don’t believe in limiting our customers to any one particular flavor palette, which is why we’ve created Key Lime, Bourbon Pecan, Maple, and Almond Almaretto shortbread cookies to satisfy a variety of tastes. Test out our flavors of Burks Traditional Shortbread today!